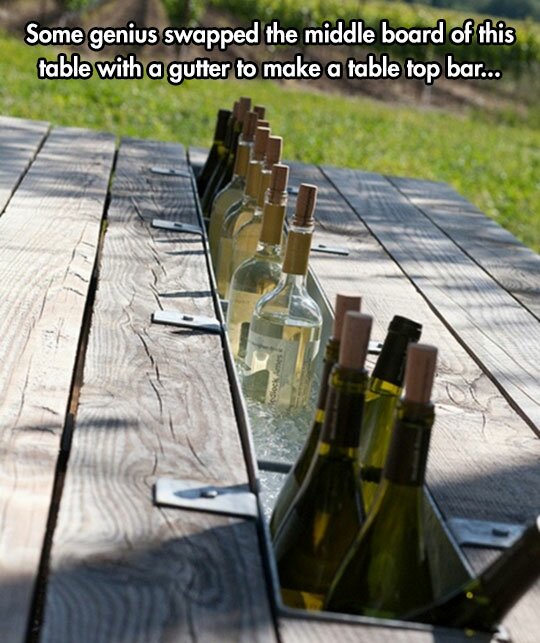 Simple craft ideas: Some genius swapped the middle board of this table with a gutter to make a table top bar.

This is legitimately heartwarming. Please be real.

A homeless musician James Bowen meets homeless red cat he named Bob, who changed his life forever. One day in the subway, James saw a cat with a leg wound, likely from a fight with another cat It was obvious that the cat needed help. James took the cat to the vet, and he eventually recovered. James then found it impossible to say bye to Street Cat Bob. Bob followed James everywhere he went. As James played the guitar on the street and Bob sitting nearby, revenues increased dramatically. James wrote a book describing their adventures on the street. In the book James says that could not have imagined how meeting Bob would change his life. A Homeless Musician and his Cat. via imgur.com