12 Real People Behind Those Memes That Once Broke The Internet.

36 Fresh Memes & Pics Today #13 What If Your Debit/Credit Card Had A Yearly Wrap Up Like Spotify.

Do You Wanna Know The Next Plot Twist For The Infamous Addams Family?

New Target Employee Documents His First Week Of Work, And It Couldn’t Be Funnier 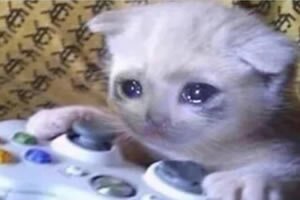 Dad Brings His Little Son’s Drawing To Life And The Results Are Hilarious And Priceless! (22 Pics) 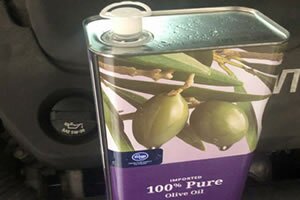 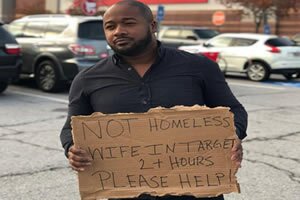 38 Fresh Pics & Memes Today #17 The Concentration Of Wealth Is Staggering.

If someone wants to write a thesis about Internet culture, memes will definitely occupy a big part of it. Those funny people, whose classic pictures are shared by millions and millions of readers every day, already become meme celebrities on the Internet. Out of curiosity, you might wonder who are those people, and are their life changed by those memes? Here are 12 regular people behind of those greatest memes. They should thank the photographer who took the photo and shared online, without it, they’re just some regular people like us.

#1 Bad Luck Brian: he is a blonde teenage boy wearing a plaid sweater vest accompanied by captions that describe a variety of embarrassing and tragic occurrences. In real life, however, he is a young father and works in construction. 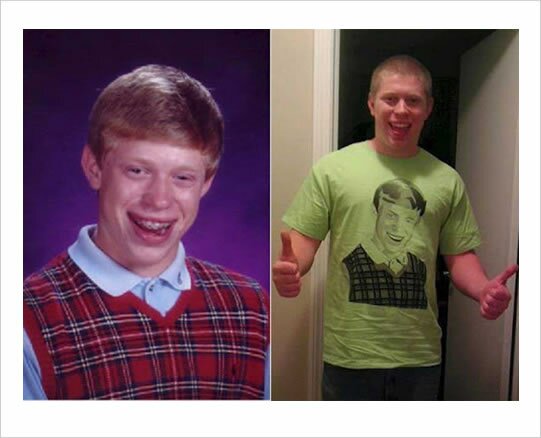 #2 Connor Sinclair: he is also known as “Really High Guy” and “Stoner Stanley”. His face was used as the famous drug addict. He holds the picture proudly and still looks the same. 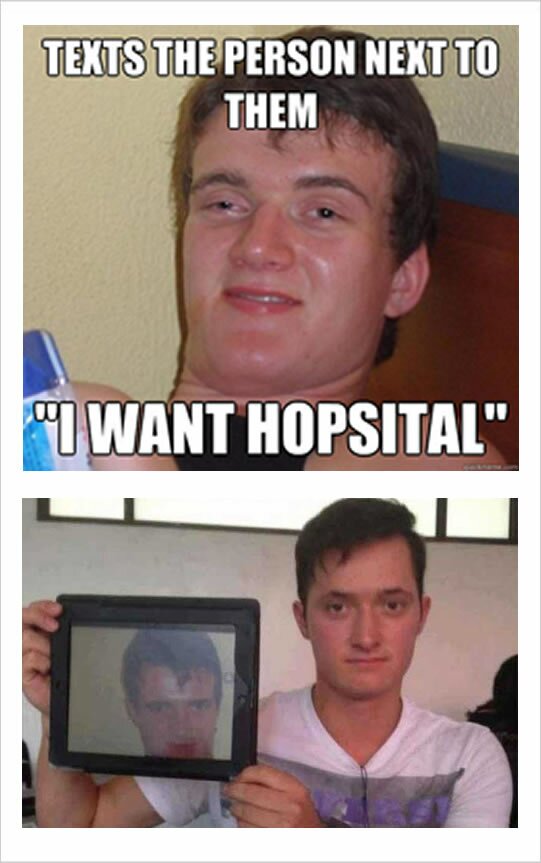 #3 Chloe Confundida: This little girl is known as side eyeing Chloe. This disturbed-looking is a reaction to the parents’ announcement of a surprise trip to Disneyland. This picture went viral in 2013. 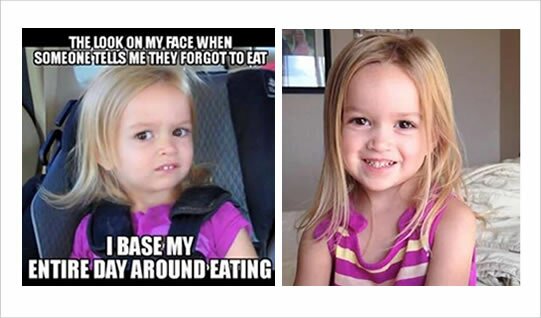 #4 Blake Boston: this guy gained popularity by the name of Scumbag Steve. The picture was originally taken by his mother when he was 16 years old. Today, he is a father and runs his youtube channel. 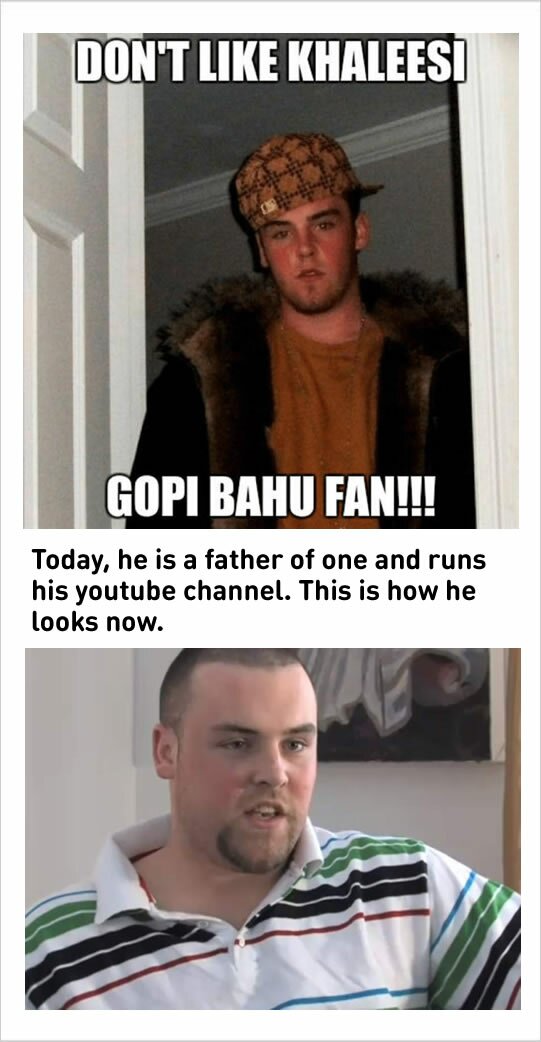 #5 Zoe Roth:  she was known as disaster girl. This picture was taken by her father Dave Roth in January 2004 during the local fire department’s live drill training. Now Zoe is already a big girl. 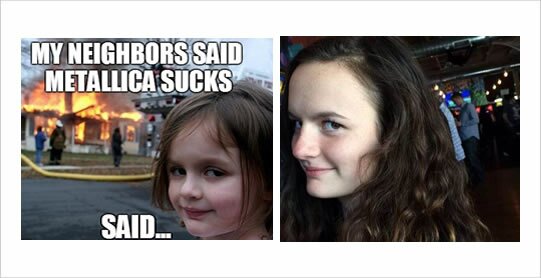 #6 Laina Walker/Overly Attached Girlfriend: the clingy girlfriend still looks the same. Now she leads a very private life. So it’s nothing more than a guess on if she really is crazy. 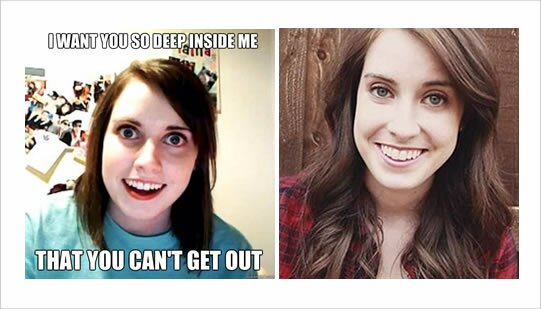 #7 Mia Talerico: Niña “Osea, Que Pedo”- What’s Up With That” The little girl in the picture is Mía Talerico and she appears in the Disney Channel TV show called “Good Luck With Charlie”. The picture instantly was a hit around the world. Mia still enjoys being the center of attention. 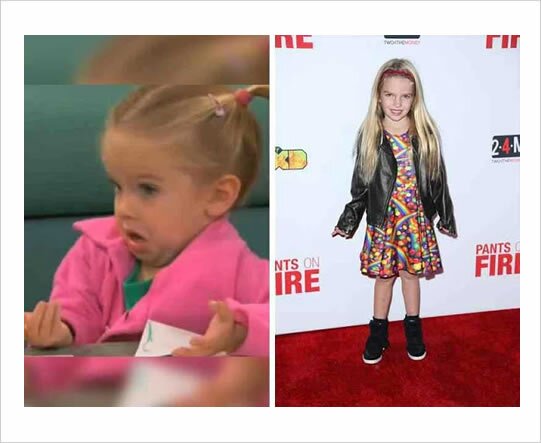 #8 Yaoming: this rage comic-style drawing of the professional basketball player Yao Ming is sometimes referred to as “Fuck That Guy” or “Dumb Bitch”. 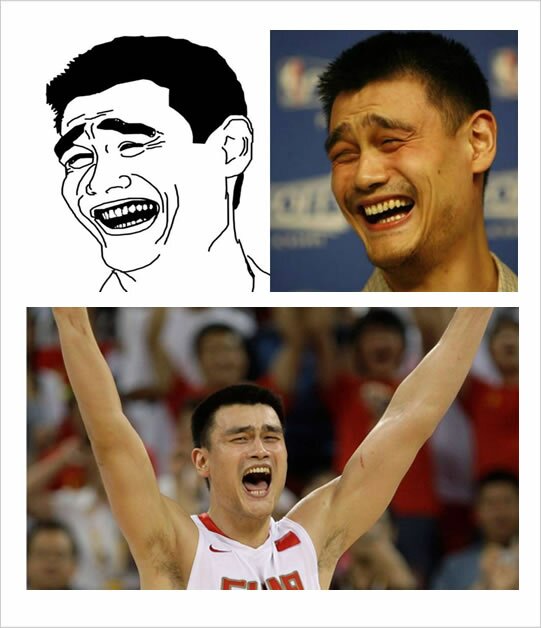 #9 Gene Wilder:  the image that went visual comes from a scene in the 1971 musical Willy Wonka and the Chocolate Factory.On the web, Wilder’s picture was spread in 2011 through an instance of the “You Must Be New Here” reaction face.

#10 Mason:  this cute baby boy with a cocked eyebrow is known as a skeptical baby. We all know: “You mean to tell me…”  The original image was taken by North Carolina and  Jarod Knoten. It was actually a part of the family album. 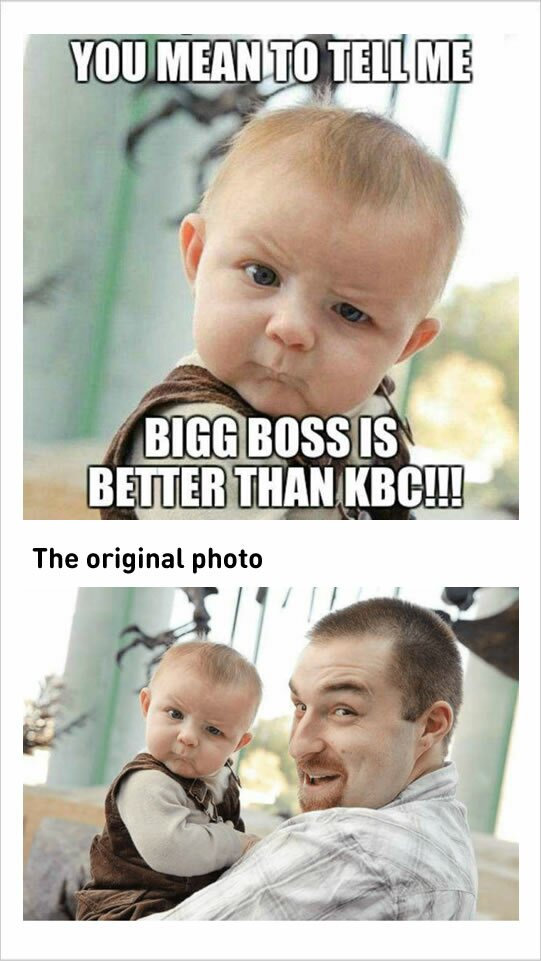 #11 Sammy Griner: Everybody loves this ‘success kid’. The photo that went viral was taken by Laney Griner on August 26th, 2007. Sammy has given all over the world a good laugh. He still has a sense of humor today. 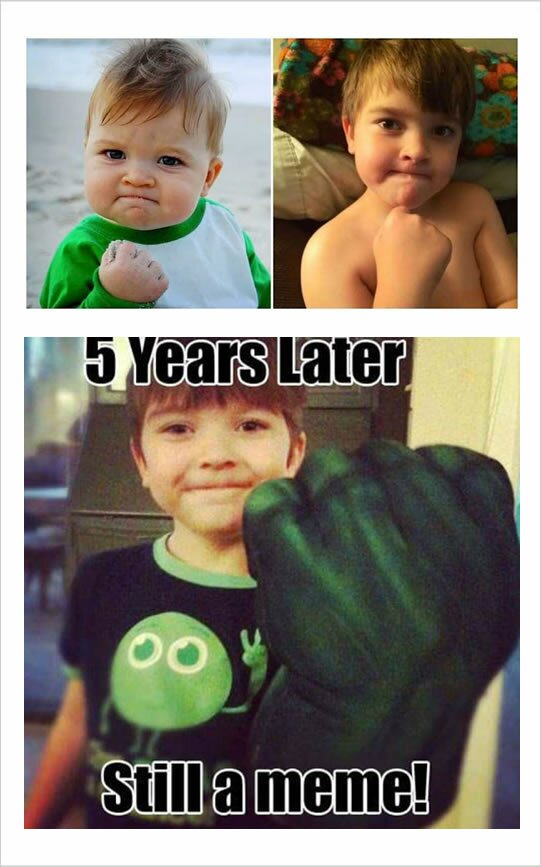 #12 Neil deGrasse Tyson: he is an American astrophysicist and advocate of science and free thought. Tyson is often heralded as a champion of science and rationality on the web. 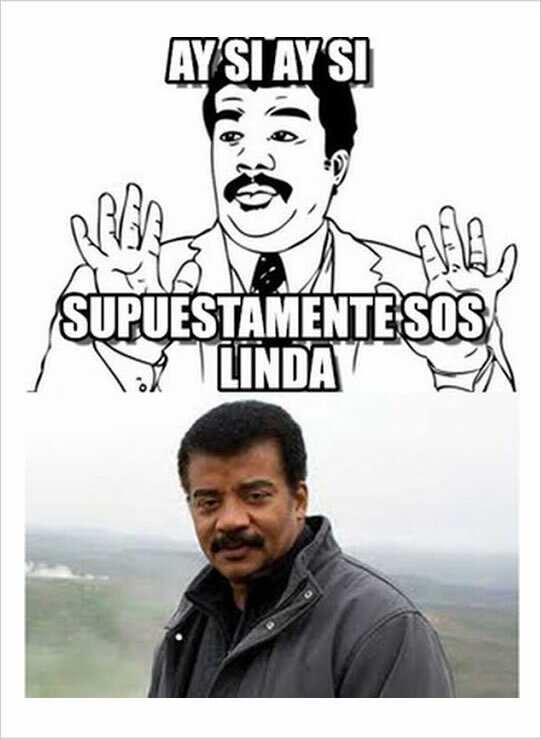 LOLDAMN.COM- Hand-picked funny pictures, Fresh Memes. We use cookies to ensure that we give you the best experience on our website. If you continue to use this site we will assume that you are happy with it.OkRead more